We are delighted to share with you our new product Artennua

The improved characteristics of Artennua include:

All our methods are 100% natural, and the leaves are harvested at the optimal time when artemisinin synthesis peaks (just before flowering).

All in all, Artennua is a better quality plant with higher concentrations of Artemisinin and a faster production time, thus eliminating the challenges associated to the cultivation and use of Artemisia annua for therapeutic purposes.

Despite its enormous potential, there are several factors which limit the use of Artemisia annua worldwide. The ‘in plant’ concentration of artemisinin is very low, ranging from 0.01 to 1,2% in dry weight, which renders this molecule as a relatively expensive substance to produce (in the amounts necessary for effective therapeutic results). Chemical synthesis of artemisinin is an alternative, but the high cost of production means it is not cost-effective and limits its equitative distribution. Additionally, the life-cycle of the plant is approximately 8 months and artemisinin is only (mainly) produced just before the blooming of the plant itself. Therefore it is only possible to cultivate Artemisia annua once a year, further exacerbating the low yield problem.

These challenges have been the focus of our research team at Sequentia over the last few years. We have been able to turn biopharming (and specifically tricopharming) into a real alternative to produce higher yields of artemisinin, a solution we have named Artennua.

Over the last year, our Artepharming project has gathered momentum, objectives have been met and milestones have been achieved and our project is materializing into a product. 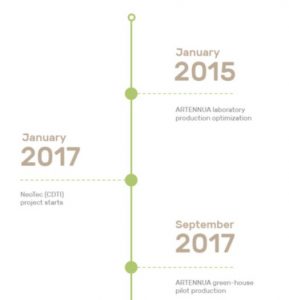 Today Artepharming is a CDTI (NEOTEC programme) funded project that seeks bring to the market optimized Artemisia annua, by increasing plant biomass and the content of the valuable artemisinin molecule that is naturally produced by the plant.

Artemisia annua is an aromatic, herbaceous plant native of Asia, a species which stands out from the rest of its genre as an excellent and important source of clinically proven therapeutic compounds. Artemisia annua L. produces a range of complex terpenoids in its trichomes, amongst which artemisinin is of special interest for the treatment of a range of pathologies.

In addition, the plant produces other substances such as flavonoids (artemetin, chrysospleneti, chrysosplenos, crinilineol and eupatorin), phenolic acids and coumarins, which increase the impact and efficiency of artemisinin via a phenomenon called pharmacodynamic synergy, as well as acting as an antioxidant and stimulating the immune system.

It was Tu Youyou, a researcher investigating traditional Chinese medicine, who discovered that this Artemisia annua extract was potentially efficient against malaria. This turned out to be one of the major discoveries in Medicine in the 20th century, so much so, that Tu Youyou was awarded the Nobel Prize in Medicine in 2015 for her work.

In 2012, the World Health Organization (WHO) launched a specific initiative targeting malaria using Artemisinin Combination Therapy (ACT). ACT combines artemisinin with another antimalarial compound that has a different biochemical mode of action so as to avoid, or at least try to avoid, resistance development by the Plasmodium parasite. ACT is, until now, the most potent and efficient antimalarial available.

Over the past decade, hundreds of scientific studies have been carried out to elucidate the enormous therapeutic potential of artemisinin to treat not just malaria, but many other very different diseases that include cancer, autoimmune (multiple sclerosis), inflammatory (rheumatoid arthritis), dermatological (seborrheic dermatitis) and rare diseases (lyme disease and schistosomiasis). These diseases affect a total of 1.500 million people annually.

Read on to discover the power of Artemisia annua and artemisinin, and how Artennua may finally be the gateway to transform enormous therapeutic potential into real products that can be used by millions of people every year to treat a variety of disorders and diseases at www.artennua.com 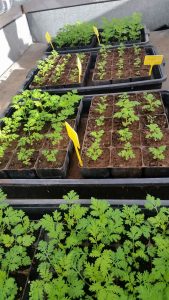 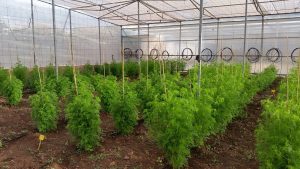 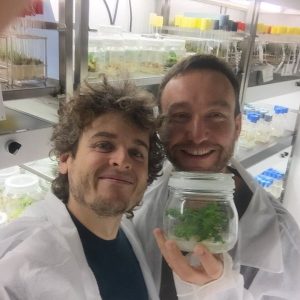 We're not around right now. But you can send us an email and we'll get back to you, asap.

This website uses own or third party Cookies to allow a better access and content display , to improve our service and to collect stats about your browsing habits. If you agree please press ACCEPT and continue browsing our web. if you wish to get more information , please press COOKIES POLICYACCEPTCOOKIES POLICY